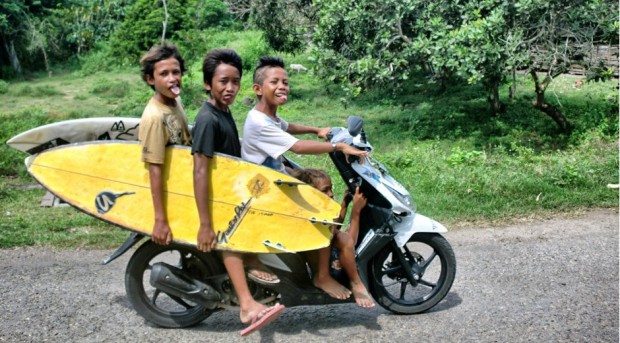 Sweat pearls run down my face. I can still feel the stupid sunburn on my back. “Shit, I am late”. “I am gonna miss the bus” – “…and where the eff are my flip flops?” Oh, the joy and glory of backpacking. This lovely feeling one has when the last pair of pants still fits into the backpack even though everything else elegantly hangs around the entire sack which has once looked like a backpack. If you are a backpacker, you know this feeling of packing in layers. The upper layer is the one with ok clothes. Clothes that are ok to be worn, they don’t smell (yet) and they do look ok-ish. The middle layer is the one that needs to be washed. But it is also the one that is, in all circumstances, still alright to be worn. You basically just need to have a shower after wearing those clothes. The last layer is the “please-do-not-touch”-zone. Gross. Smelly. Dirty. Disgusting. But all this belongs to the joy of backpacking. To the unbelievable feeling of being free and independent, of being able to hop on every single bus and of being free in any choices done during travelling.

I backpacked through Southeast Asia, Australia, New Zealand and India and call myself a little pro in that. I barely think about the things I have to organise before I go, because I do not organise anything. I barely think about any difficulties that might arise because there are none and because I became a pro in handling them. But – how is it to go backpacking for the very first time? 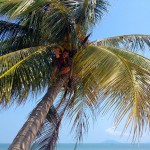 Pete has given me shelter when I first arrived in Amsterdam and he has just been on a trip of his lifetime and had the urgent need to write the 101 backpacking guide for newbies. Normally he is that kinda guy who jumps up and down in front of his oh-so-cool looking DJ thing. But for some months he turned this into a backpack and went off. Here is what he found out:

1. Backpacking Guide: Pack lightly
This might seem obvious, but everything you pack for your trip, you will also have to carry around. Thus, if you think you need 10 t-shirts (as I did), all you really need is two or a maximum of three shirts [Note by Anne: now, he is a guy… girls might need a few more shirts]. One of the most inspiring people that I met on my trip was a Dutchie that merely had a small backpack of less than 5kg. The crazy part was that he was already travelling for about half a year. So ask yourself, what do I REALLY need? Any decent hostel offers laundry services for roughly 1$/kg and you will find laundry services in almost any village, city or town in the world. 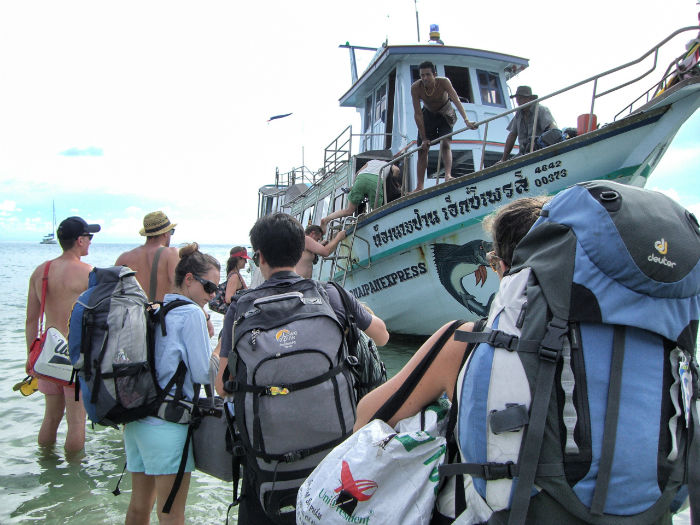 2.Backpacking Guide: Travelling solo or in a group?
This is an important one and DO think this through a lot, because travelling by yourself forces you to interact with others and it is much easier to make friends on the road. On the other hand having a friend and loved one on your side makes things more memorable and there are just certain things you will enjoy more when shared with someone you hold dearly.

3.Backpacking Guide: Extend your Stay for Free
What I learned is that you dont really need much money to travel. Money certainly makes things more convenient, but it is barely a necessity. I met loads of people who have been on the road for years on a very tight budget. Here are some helpful homepages to find voluntary projects almost everywhere, as well as some generally helpful backpacking homepages:

4.Backpacking Guide: Don’t book your accommodation in advance
Yes, going to the unknown can be frightening, but it’s not like you’re travelling to wild, undiscovered territories. No matter where you will go in Southeast Asia (except Myanmar, at least not for another few years), there will be accommodation waiting for you. You certainly are not off the beaten track. In fact on touristy routes, as most are in Southeast Asia, locals will be harassing you with special deals every time you step out of a bus, boat, ferry or train in a new place. So don’t you worry, you will always find accomodation, at any time of the day, anywhere you go. And wouldn’t you be mad with yourself if you had a paid accomodation only to find that there are cheaper, nicer options all around? Not knowing what you’re getting yourself into might get you one step closer to the adventure you are embarking upon. 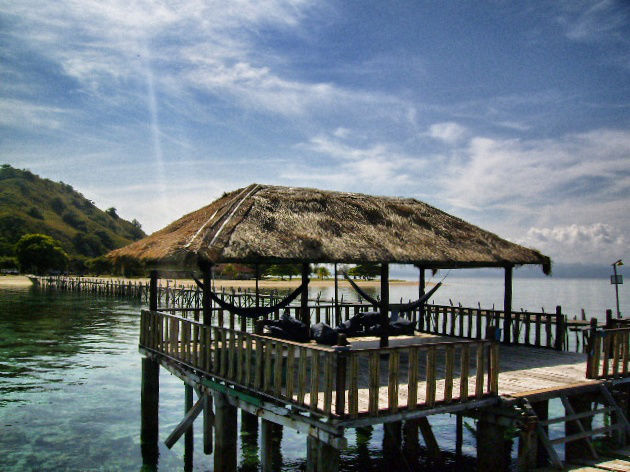 5.Backpacking Guide: Have a few spare dollars in your pocket – Always
You never know when you will need to bribe someone (as I did the cops – twice) or when the boarder authority won’t give you a stamp so you can leave the country. Make sure you always have some small coins in your pockets to give police officers that feel like bribing you, the feeling that you really only have this little money. Also: Visas in Laos and Cambodia are also cheapest in American Dollars.

6.Backpacking Guide: Leave your Lonely Planet at home
Or even better – don’t get it at all!  Whatever the Lonely Planet recommends, there will be heaps of people aiming for the same destination. You will get the best tips from fellow travellers and these are usually the best. 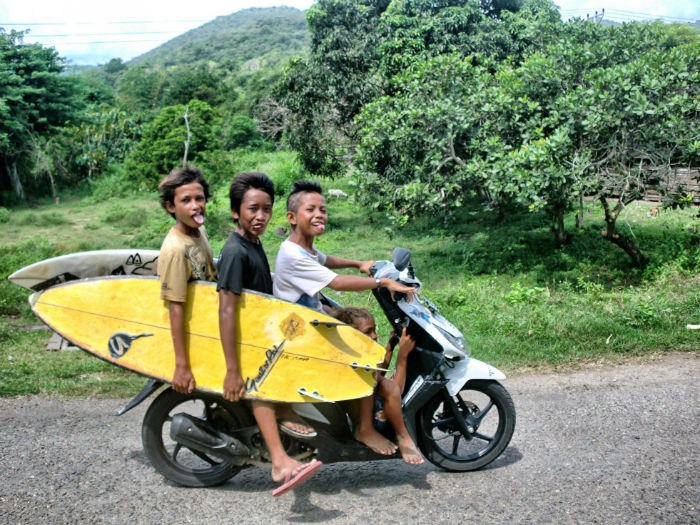 7.Backpacking Guide: Stay disconnected
Everywhere I went, people were staring into the bright LCD screens of their phones, tablets and notebooks. It is ironic what people are doing to get as far away from home as possible only to find themselves spending countless precious hours to plan their next few days or staying in touch with what or whom they intended to leave behind.

8.Backpacking Guide: Never be too shy in encounters with locals
Even though a massive language barrier may separate you and this might feel quite intimidating at times, don’t say NO when invited to a locals’ gathering. The best conversations I had were with people that spoke absolutely no English at all. 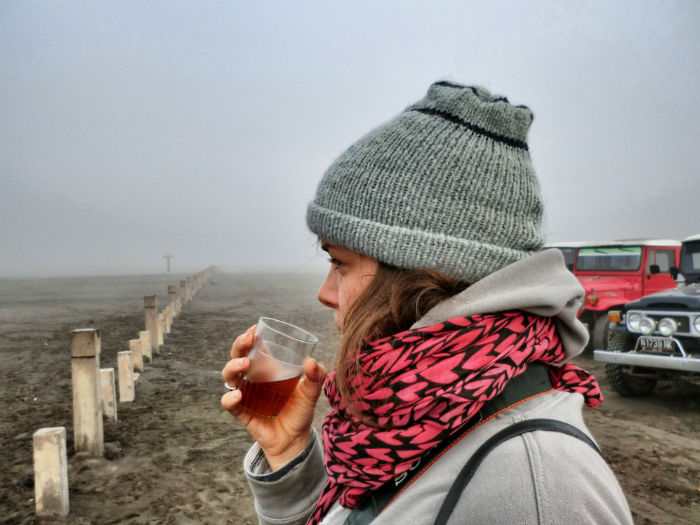 9.Backpacking Guide: Keep a Journal
This is especially important if you travel for a longer period. Days merge into weeks and you cannot separate days from another after travelling for ages. More importantly, you dont always have photos documenting every single step you took. Even the little things matter. Thanks to my notes I just remembered how amazing I found that lots of Southeast Asians use banana leaves instead of plastic wrap for a majority of things. In addition to that, you’re phone is bound to run out of battery in the middle of nowhere and what if you need to write down a tip you just got or the E-mail of a special someone?

10.Backpacking Guide: Open an account with no fees
If I would have known this, I could have saved a fortune. You will curse every ATM as they deduct ridiculous sums from your hardly earned money (around 4$ every pick up). In Germany I can name two banks from the top of my head that will return any fee (even if it concerns the fee of the foreign bank): DKB & DiBa. Do your research and don’t underestimate the money that you can save here. 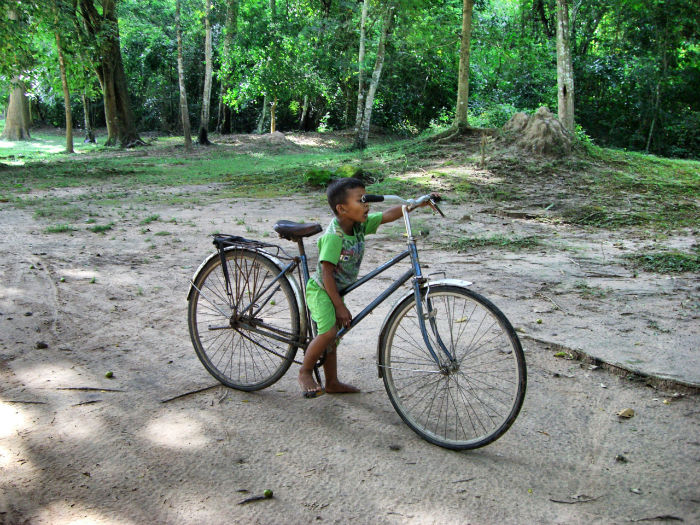 11.Backpacking Guide: Book local flights
You probably won’t believe your luck when you see it, but for 17€ you can fly from Bangkok to almost anywhere in near vicinity, but be quick, the ticket prices only apply if booked far in advance! Use Skyscanner or Momondo, but be careful: the European Union has banned silly extra charges from the little print in the terms and conditions. In Asia, this isn’t the case. So even though the final sum to be paid was only 25$, about 120$ were deducted of my account.

12.Backpacking Guide: Plan some things, but don’t plan everything
It is good to have a rough plan of what you want to see and where you want to go.. but planning everything meticulously takes all the fun and adventure out of it. But there are certain things you simply NEED to book and plan in advance and you and your route have to decide what these things are. The Gibbon Experience in Laos is one of those – and trust me, you don’t want to miss out on the best thing that will ever happen to you! 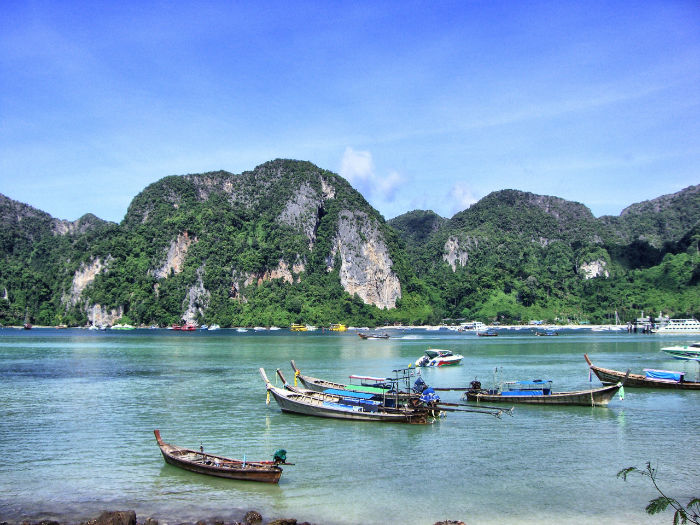 13.Backpacking Guide: Riding Elephants
Temptation is high on this one – but don’t you ride an elephant. Their backs are simply not made to carry lazy fat humans. Read up on where to do ethical elephant tourism. 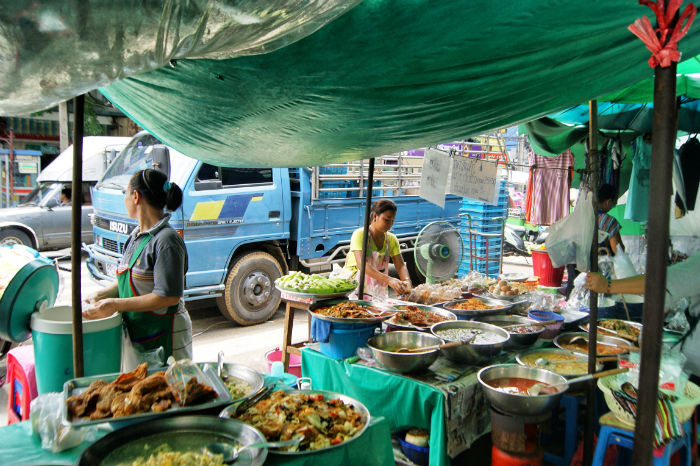 14.Backpacking Guide: Street Food
The only good advise is to measure a restaurants hygienic standards by the number of people that is queuing and eating at this very place and, well, yes there is a very thin line between “Yummy” and “Oh shit, where’s the next toilet?”. 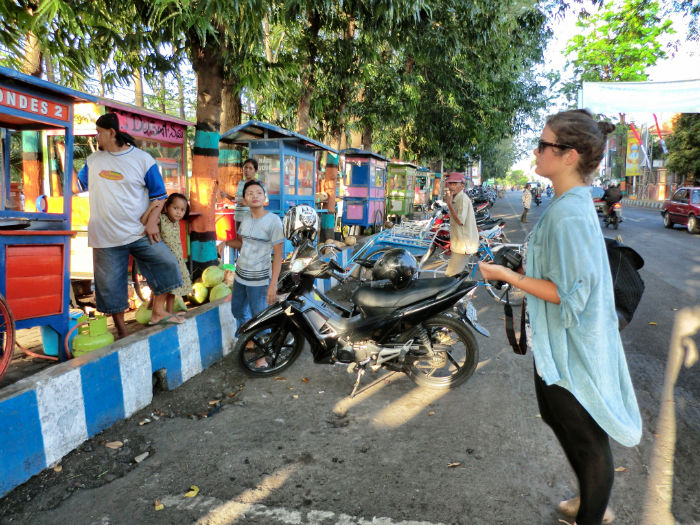 15.Backpacking Guide: Do your own thing
Along the road, you will meet tons of travellers, that have been on the road seemingly forever. At first, I was properly jealous of them, but my thoughts soon changed. If you are constantly on the road, you get desensitised and don’t appreciate the sheer beauty of travelling anymore. It almost felt like a lot of travelers are negative about everything, “it’s too touristy”, “been there, done that”. Don’t let their negativity drag you down. Appreciate every day for what it is. There is a reason why things are touristy, they are beautiful. If you hate touristy stuff then go to Kazachstan and stop wining you little… Backpacking newbie!

16.Backpacking Guide: Don’t ever give your Passport out of your hands, EVER
Its the most important thing you have on you, so be careful.. because if someone loses it, you are basically in deep s@?#. Even if the person that wants your passport seems to be nice, friendly and loving – DO NOT give your passport away unless spending a night at a border, at an airport or somewhere else in No Man’s Land is on your bucket list too.

17.Backpacking Guide: Find the cheapest plane ticket possible
Booking in advance is one thing, but doing it right is the other. If you do it right, you can save a lot of bucks on booking your trip by following the guideline that the guys from Thrifty Nomads set up.

…and lastly, give this a read – wise words.

2
Holidays in India: A trip to Kerala
Rainbow Colours - A trip to Prague