Rainbow Colours – A trip to Prague 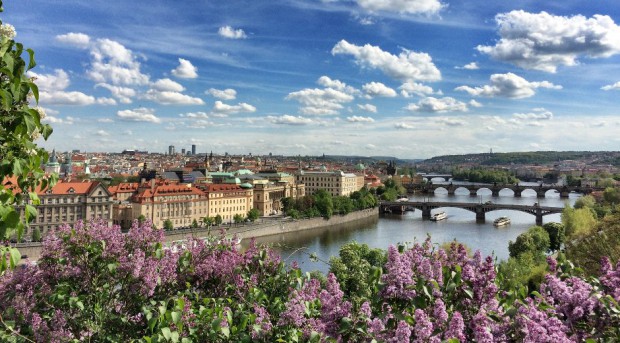 Cold, windy and April-like rain showers – this is how you imagine spring 2015, at least when you live in Amsterdam. It just won’t get warm, the trees remain as bald as they were in winter, the scarfs still warm the necks and short pants lie in the very back of the closet. 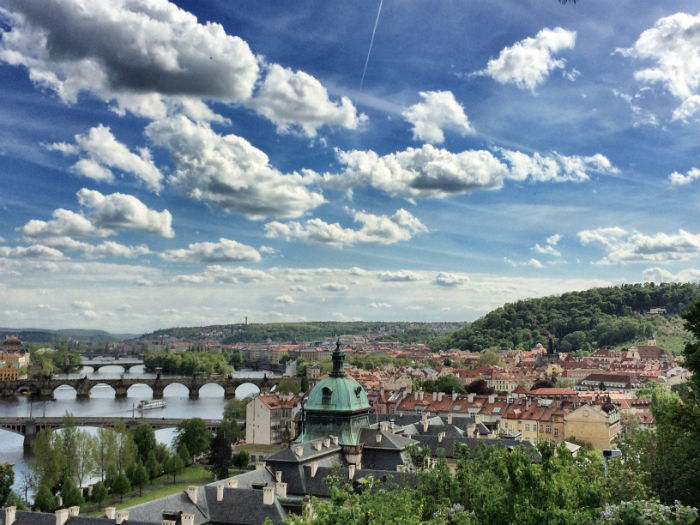 A trip to Prague – Sporty and gay in May

It wasn’t only the temperatures which heated up the city in May – no, it was much rather the annual Rainbow Spring Gay tournament organised by the biggest, Czech gay-sports-club Alcedo which took place in Prague. For the 16th time sportswomen and -men from all over the world were fighting against each other and still enjoyed the time with friends. It was supposed to be the first gay-lesbian-trans-bi-tournament for my boyfriend, who simply does not bond with sports and who could never imagine this to be something relatively close to professional sport. But let’s roll back.

With a slight delay, we arrived in Prague on the 1st May and were taken to the hotel by its very own minivan. Our hotel was only 5 minutes away from the castle and the St. Vitus Cathedral. And it was just the next morning, woken up by singing pigeons and the sun touching our faces, that we actually noticed what a beautiful view we had from the roof terrace. 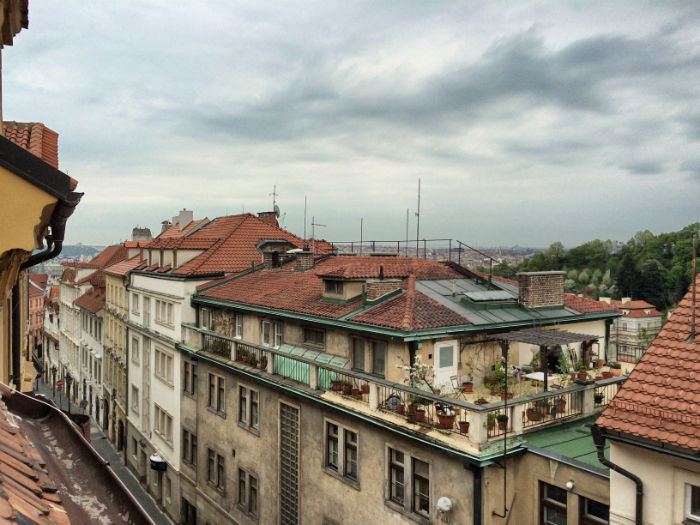 The night was short. After a 30-minute walk from the hotel to the venue, we arrived at Prague University, standing right in the middle of gay and lesbian sports people. Quick breakfast and off I went to the qualification games.

We, the Bearlin Chasers, lost the first match against Gdansk. Still, the spirit wasn’t gone. We won against Prague and Warsaw and only had to face Dusseldorf in the quarter finals – and we made it. With only two points less than the Munich Los Amigos, we had to challenge Prague in the small finals and won the bronze medal. 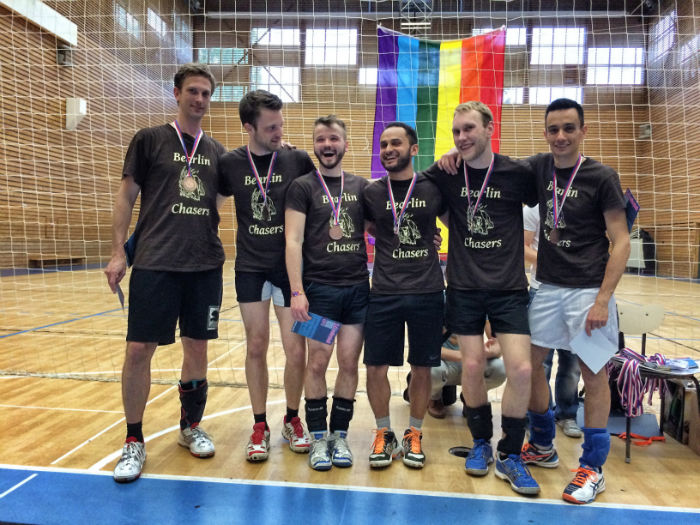 This may sound like a tournament of 4 hours. Still, those were tough 12 hours until we held the baby in our hands.

Lucky me, that my man was right by my side and could support me with massages and nice words, that you simply need in those moments. After a dinner and an energy-pulling aftershow party, a beautiful day full of inspiring moments was coming to an end. 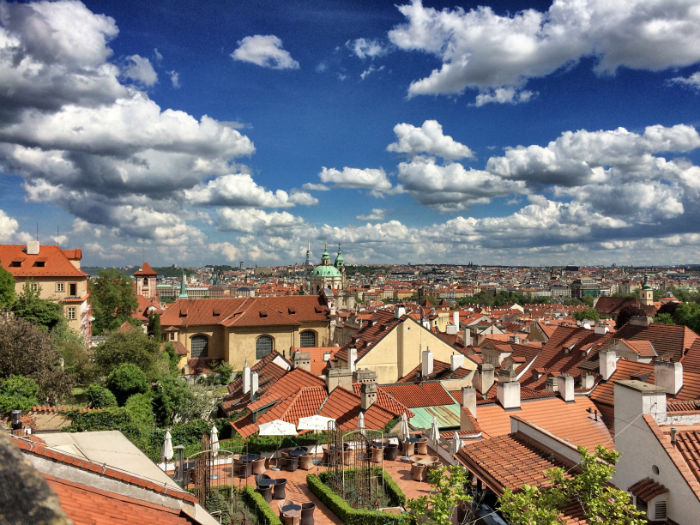 A trip to Prague – The day after, or: Prague from a different angle

Barely ever Sundays are dedicated to sleeping when you are on a city trip – and this is exactly why we did it. I am a big fan of good food. Far away from all tourists we made our way to the city looking for both, a good place to eat and the perfect view over Prague. Close to our hotel we, after a 5 minute walk, found a hidden terrace with the perfect view over the roofs of Prague, right towards the river Moldova. My personal tipp is the Restaurant Valoria, which is not super super insider, since you basically walk into it when you are on the square in front of the castle. Still, you still need to find the entrance and this is where my tipp comes in. Walk into the hotel, take the lift and find yourself in a perfect restaurant with a superbe view.

A trip to Prague – Illusion and tricks

With full stomachs we went towards the city. As theatre-maker, my boyfriend has a certain affinity to special museums and inhales everything that has the slightest connection to making movies and playing theatre – and this is why I found myself right in the middle of the „Film Special Effects Museum“, where Karel Zeman managed to combine all illusion and trick techniques in one museum. His secret? Perspective! And this is how we spent hours and hours being confused about the truth and potential tricks. 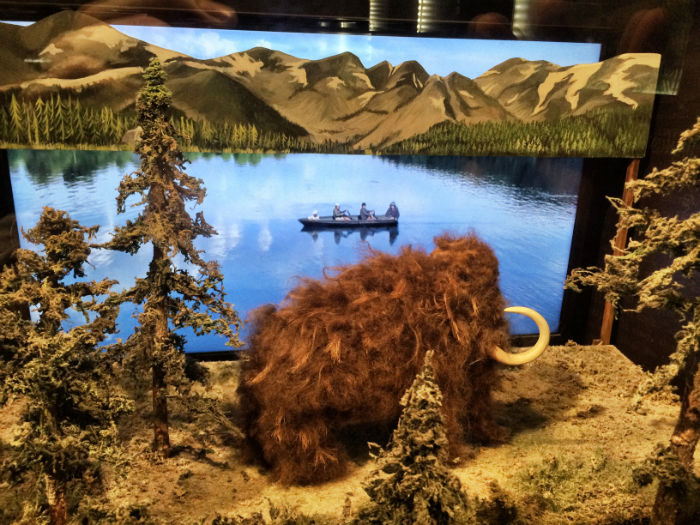 A trip to Prague – Culture and architecture to dance away 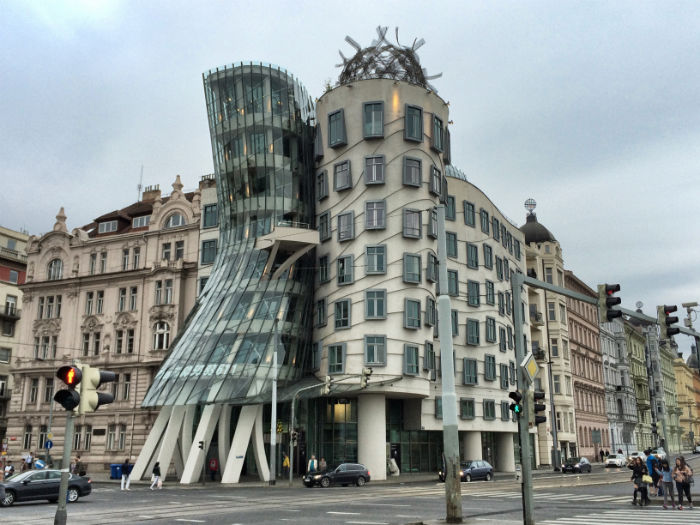 With an ice-cold Kofola in our hands, the Czech version of coke, we walked along the Moldova, holding hands, listening to Jazz musicians, smelling fresh flowers and arriving at the brigde „Jiráskův most“. In the very East of this bridge you will find a masterpiece of architecture – the „Dancing House“. Glass and concrete in the style of the 90s in the middle of art nouveau questions the whole purpose of this building to the max. Still, I quite approve of this building which was finished in 1996. 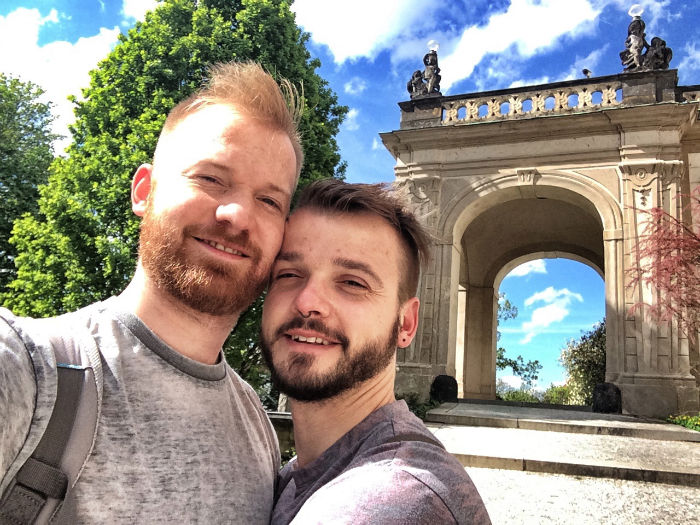 A trip to Prague – Speaking of holding hands

We dance along the streets, holding hands – and this is something I never regretted. Regretted? Sometimes it is just not as normal as you would think it is. All around the globe, holding hands seems to be an accepted and tolerated sign of showing affection to somebody. Still, in this oftentimes cruel and not so tolerant world holding hands, as a gay couple, could simply result in discrimination. This is, however, not the case in Prague. We did see people looking at us with big questionmarks in their eyes. Still, what we did not sense was the slightest sign of discrimination or intolerance. This is the very moment, where I thought about the place we simply do not travel to as a way of showing intolerance and inacceptance towards their way of not accepting gay couples. Safety first. I guess. 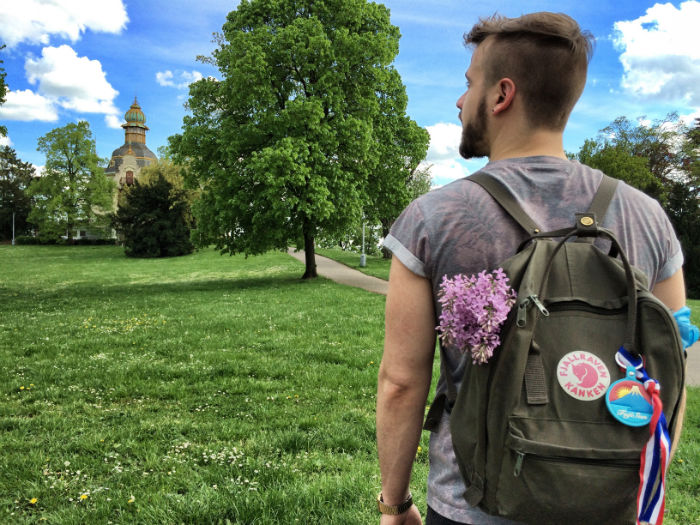 A trip to Prague – The best thing in Prague: walk!

We obviously walked right into the crowds of people, which normally strolls around the old city. Still, besides delicious roasted pork with Bohemian dumplings, the very first Pils beer in the world, Spejbl and Hurvínek around every corner – I simply love this city for its sheer beauty, that I preferably enjoy walking around hand in hand and with a kiss between man and man.

This is Prague. As simple as that. Tolerance is as close as the rainbow is already to the Czech capital. Give Prague a few more years and it will be, where some other European capitals are already. Prague, you are on the right way and I’ll be back. Holding hands.

2
Southeast Asia: The ultimate newbie backpacking guide
Staying in Hostels: This is what you should take