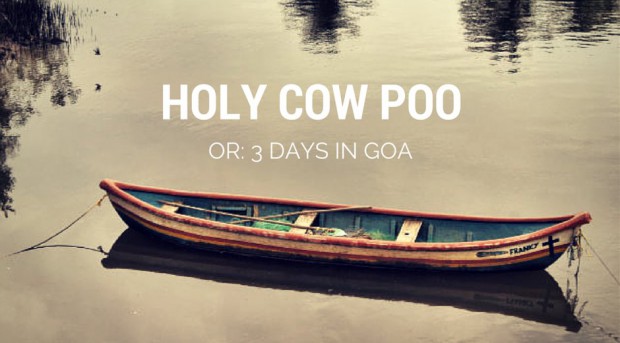 “I can’t stand this anymore”, my friend said while we were walking along the streets of Palolem. I could neither understand nor follow her and asked: “What’s wrong?” – and there she was: standing between smokingly fresh parcels of cow poo, while another animal friend decided to pee right in front of her. Behind her, a crowd of hugely drunk Indian men who celebrated India’s Independence Day. Oh, India, I haven’t laughed like that for a long time.

Welcome to Goa, which has once been a hippie village. This is where people loved and made love to each other, smoked weed and other smokeable things and where people partied to trashy trance. I always asked myself whether Goa really is as fascinating as it seems. Never ever could I imagine dream beaches to be part of India’s coastal regions and was convinced that all photos of Indian beaches were heavily photoshopped. Well, you never know and this is why I went to Goa and checked its beaches.

I was excited about going to Goa, since we spent the first week in India rambling through mega cities and I couldn’t wait for some chilling and spirituality to come. Back then, I did not know that these two were hard to find.

Already 500 years ago, Goa was a famous tourism destination for thousands of people: back then it was the Portuguese who colonised the almost (seemingly) non-Indian State. Goa’s image is currently being shaped by lots of European hippies that come here with the big wish for fulfilment. Today, Goa is a melting pot of Portuguese architecture, East-meets-West cuisine, (almost) hipster-ish flea markets and potentially the worst Trance music on earth. Goa, I am absolutely ready for you.

3 days in Goa: From Mumbai to paradise?

We took the plane from Mumbai to Goa and went directly to Goa’s South, to Palolem. Going there first means that you take small steps towards reaching the “proper” Goa by traveling further up North. 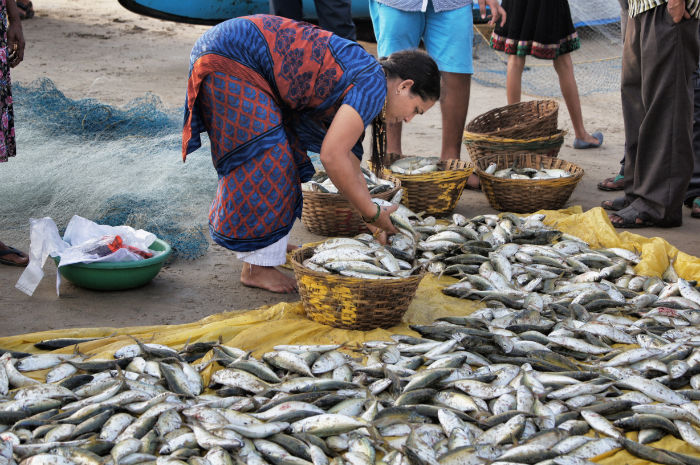 Palolem is located at the most Southern tip of Goa and has once been a small fisher village. If you enter the village you will find yourself on the main road already: a small, sandy street with holes and market stalls on the right and left side. Hotels and hostels are directly on the beach and can be booked right here, given that you don’t arrive in high season, which is from mid-December to mid-January. 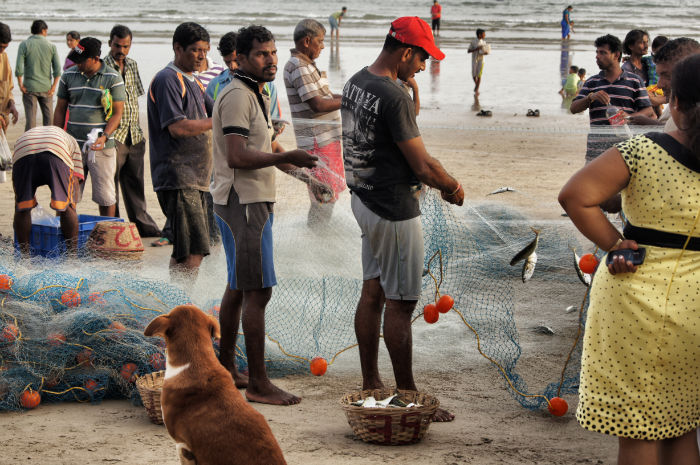 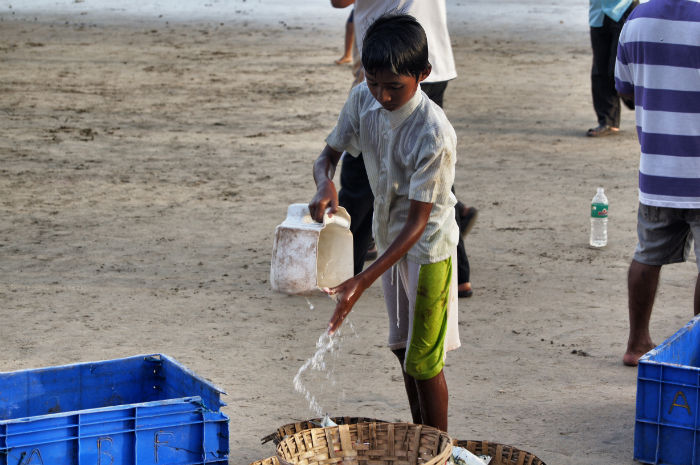 I am sure that Palolem has once been a super nice place to be. Well, has been. The beach, described as boasting turquoise water, is simply not there. The only paradise-ish moment will arrive once the sun sets and the fishermen come back to the beach after having been fishing all day. This is when Palolem does have the sparkle. The beach that suddenly appears in a slightly different light with several beachbars opening their doors offers some decent curries and a properly cool beer. It does work. 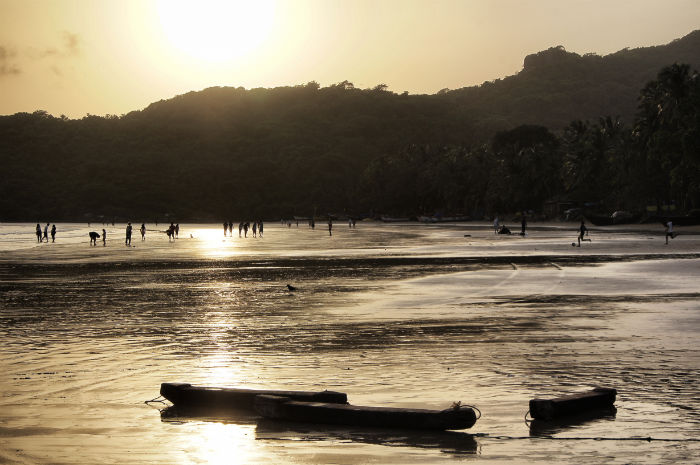 3 days in Goa: Anjuna, where Hippies are (not)

We headed up North from Palolem to Calangute and Anjuna by taxi – welcome to a two-fold shithole. There is this beach full of bricks and concrete on the one side and some nice beaches leading from Anjuna over Calangute to Braga. With just some little shortcomings… 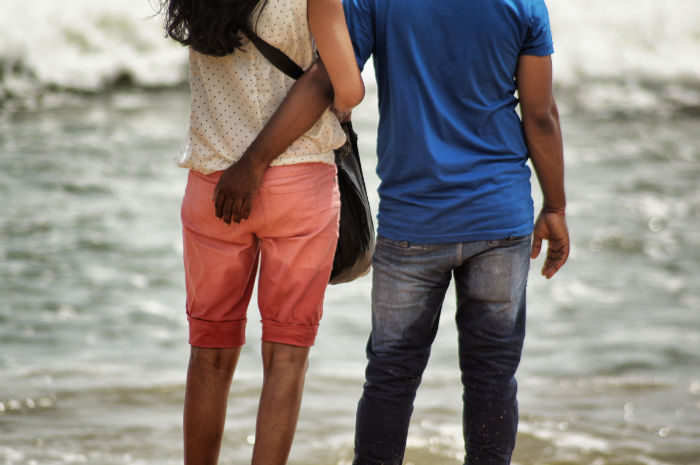 Firstly, this is where you find the Goa that people describe: long beaches with (rare) white beaches and some pumping beach bars – some even without shitty trashy trance. 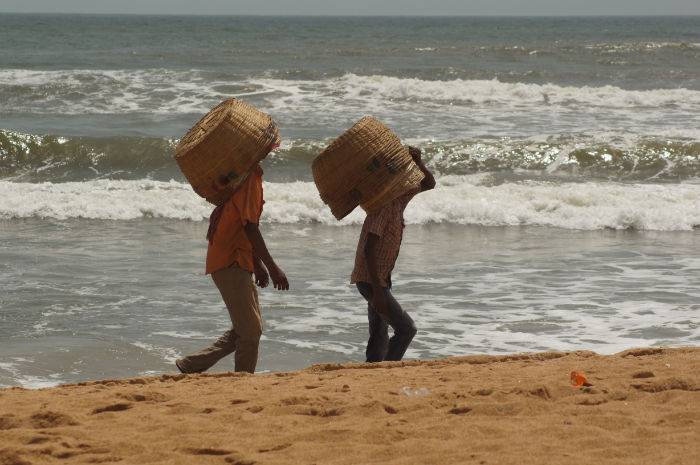 But, India would not be India if it did not have some shortcomings. So, welcome to Calangute, the place where groups of men love to look at Europeans. The men, usually dressed in their skinny, brown pants simply stop in front of Europeans, mostly girls, take out their smartphones and take photos of… well… everything. Do take some time to let them do their thing, who cares if you are on an Indian phone, right? Still, it can be annoyingly terrible. 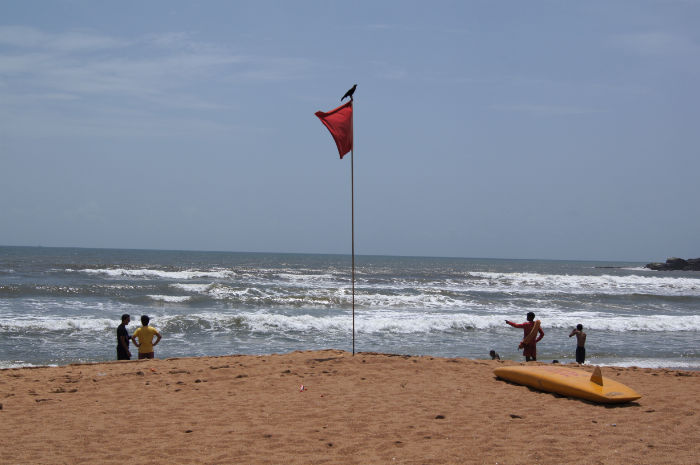 But, fun aside, let’s be honest. In the end, every (white) tourist in India should understand that for most of the time, especially locals traveling to Indian destinations such as Goa have never seen Europeans in bikinis. They have also never seen the ocean for most times. Thus, bear with them, let them stare and take photos up until your absolute pain threshold is reached. 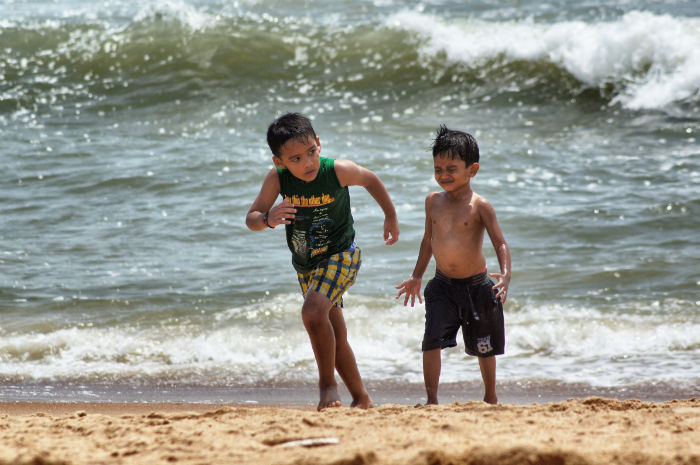 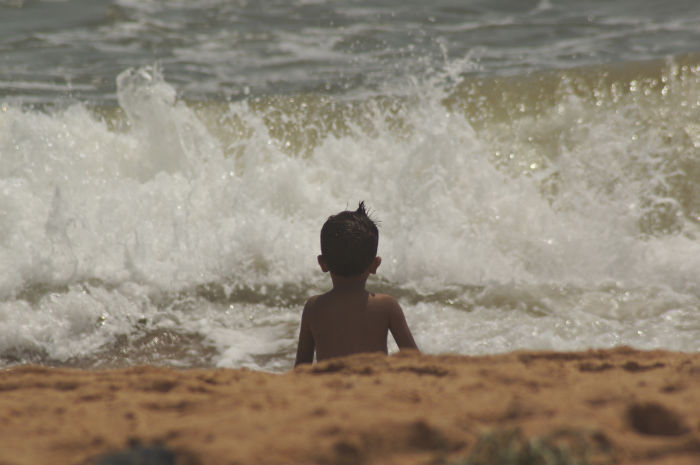 Anjuna and the surrounding villages do offer some more things than beaches including sexually aroused groups of men: small restaurants, that serve awesome vegetarian dishes and some historical buildings that want to be explored.

Little advice on the side: Whole Bean Tofu, a restaurant in Anjuna, is my absolute favourite place to be that even serves fresh salads that will not make you sick afterwards!

3 days in Goa: On historical paths

We directly rented a scooter somewhere in Anjuna, which is the easiest means of transportation in Goa. Don’t even think about getting a helmet. There will be none and as an explanation from the locals says “You drive so slowly, nothing will happen”, nothing will happen. This is not my theory but the theory adopted by most tourists in Goa including a 65-year-old Jim Beam-drinking Australian who has been travelling the world for months when we met him. A fascinating person, that, with beer belly and Aussie shirt, spends his time analysing other peoples’ lives through astrology. I never knew anything about ascendent and about the fact that, apparently, every seven years we start our life cycle yet again. Did you? 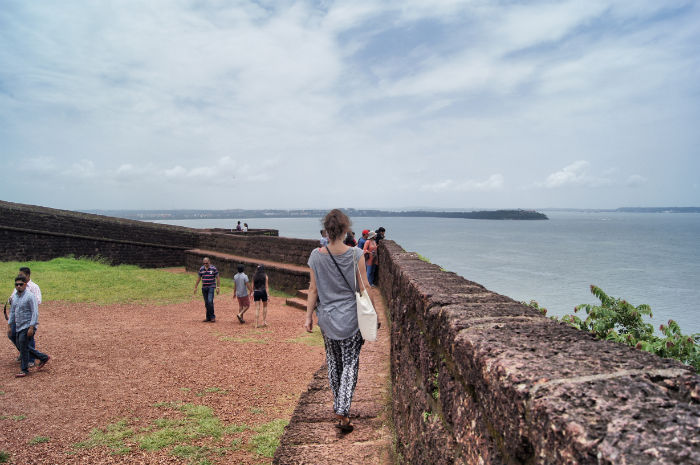 While analysing the upcoming stars in my ascendent, my new Aussie friend gave us the wise advice to get out of Anjuna and go and visit Fort Aguada. This old fort is about an hour away from Anjuna. After having passed a nice, typically Indian and superb panoramic street, you will end up in Fort Aguada and, given you are a tourist, be in the center of attraction immediately. 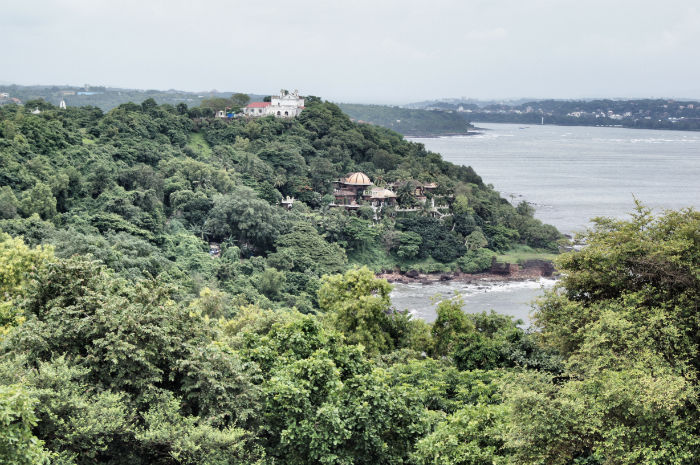 For the first time ever I felt like a model, running from camera to camera – with the only difference that my photos are no in fancy glamourous magazines right now, but potentially hang on about thousand different walls in Indian houses. Oh, India, you are becoming sweeter and sweeter. Well, at least I can say that I am a celebrity now. Somehow. Maybe. 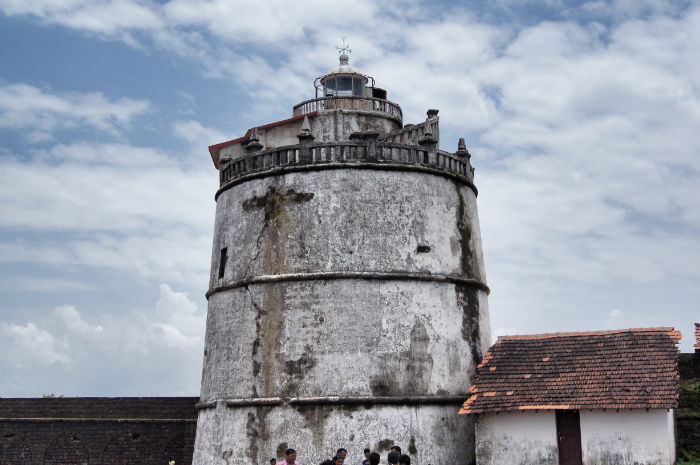 3 days in Goa and you will get sick of it. Of the cow poo, of staring men, of families taking photos and of trashy trancy and trashier wannabe-hippies running around like stone-heads. Sometime the truth just has to be there: Goa is simply not a paradise anymore and I do not know whether it has ever been one or whether the people describing it as one were simply high. The ocean is not shining, the palmtrees seem sad and the hostels are far away from being nice. Make some efforts and you will certainly have some fun, such as while riding along the streets or endulging in good Goa food. Still, the hippie life that (maybe) once has been there, is gone. Sorry, Goa, but we will never see each other again.