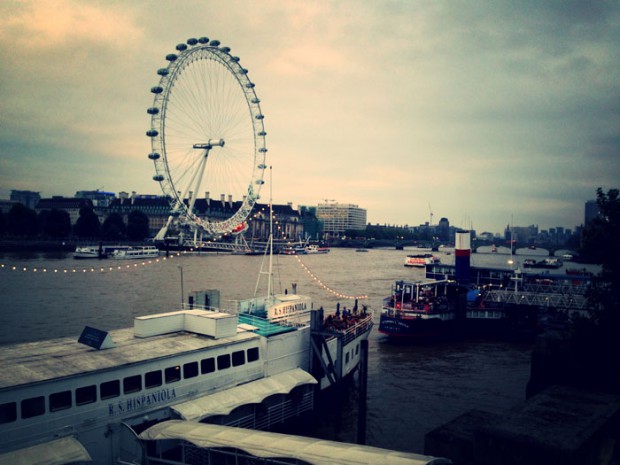 Do you become a bigger hipster just because you live in London now?

I was asked this question recently by a good friend and it did put me in a thinking mood. With my mind in my beloved Berlin, I considered the similarities between Berlin and London and kept thinking about the hipster movement in both cities.

The last semester of my postgraduate studies pulled me into another large city full of noise, cars, people and hipsters – London. I have often heard, and also confessed myself, that London is really like Berlin just with higher prices and a few more people . Now I live here and see myself as an wannabe Londoner, having the chance to realise a proper inspection of similarities between London and Berlin. Is London like Berlin? Berlin like London? Are there any hipsters in London? Maybe even more than in Berlin?

After the first days of my London time were characterized by the typical sights, I have now reached the point of properly having a look at the insider streets of England’s capital.

Well, that’s an all-time favourite, just like DJ Bobo at a bad taste party. The basic idea? An alley covered in graffiti, the usual suspects in the street, asking for a penny, and the Indians and Turks on the corner. You might think you are in the Simon-Dach-Street, or in the area around Warschauer Street in general. Yet you will quickly miss the good old ‘Späti’ (=kiosk) and the grill cheese at Haroun at four in the morning. Nevertheless, Brick Lane offers unique Berlin establishments, such as “The Vibe Bar”, which is much more than a bar but rather an electronic shed on 2 floors with courtyard .

Right next to the Vibe bar you will pretty much fall into a courtyard à la Kreuzberg. In the front sausages and burgers on the grill, behind there’s not only a beer garden, but also “Rough Trade”, an insane music store. In combination with the hookah bar in Brick Lane, this road has definitely passed the test: Brick Lane = pretty Berlin-ish.

Shortly after Brick Lane, you will be more or less automatically directed to Whitechapel. A district that personally reminds me of Neukölln and Wedding in Berlin: Turkish snacks, a mosque, cheap internet cafes and the occasional trendy store. This does not mean, that you will find electro clubs called ‘Farbfernseher’ here, but rather the good old pubs, such as “The Blind Beggar”, a charming pub with fancy outdoor area and live music.

If there is Southern Germans, called ‘Schwaben’, in this area, I am not sure. However, there are art galleries, record shops, small streets and hidden cafes, just like Prenzl’berg in Berlin.

How can you best describe Camden? Perhaps as a kind of Mauerpark city for the Berlin people among us? A huge market, second-hand and new clothin , small food stalls and street musicians. Yes, I think Mauerpark city fits very well.

Nevertheless, Berlin does not have any markets on two floors, separated by a small channel where you can not only go on a canal cruise, but where you can also eat on old Vespa seats. A flair I have not yet encountered in Berlin.

Ok, there is no such thing like Berlin’s good old TV tower in Berlin. Nevertheless, one can compare the combination of Big Ben, London Eye and Buckingham Palace to the Cathedral of Berlin, the Brandenburg Gate and the Victory Column and maybe even the Bellevue Castle. If you now add Hyde Park to that and compare it to the Friedi (Volkspark Friedrichshain), then we might get there.

Besides the fact that the double-decker in London are red and not yellow and that Berlin actually has trams, there is technically no huge difference when it comes to the attractions in both capitals.

All in all, I can say that London does have a lot to offer. That much, that I find myself in daily overwhelming situations. With its 8.174 million inhabitants, the capital has a great advantage over Berlin. Although Berlin is multicultural, one can definitely define London as THE melting pot.