Step 2: Get the Sydney Vibe 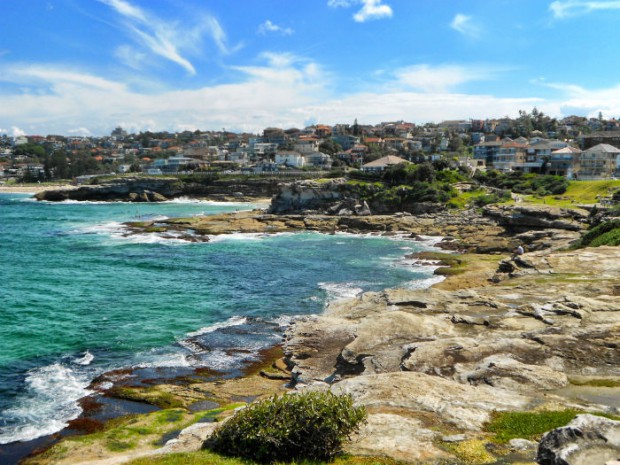 Sometimes I need to pinch myself in order to be sure of actually living in Sydney. Living in Sydney, a dream. However, this might also look completely different. It’s more or less like fast food: some love it, others hate it. I love it. That’s for sure, and here’s why:

When you walk through the streets of Sydney you might forget sometimes where you are. This city lives from and with people from different parts of the world. The multicultural situation of this city tops Berlin, New York and all the other capitals of the world. But not only the Asian street food, the smell of Indian curries or the loud African Mamas sweeten my life here. Rather, it is this incredible vibe of the city of Sydney, which makes things just completely surreal.

And this is how you become part of this vibe:

The morning starts with a run down to the beach. It is hard to believe, but Sydney is quite hilly, so do not expect that much from you in the very beginning. After a sweaty walk down to the beach, here are my favourite spots:

After the physical activity in the morning let’s move to one of the many parks in Sydney. For a city of nearly 5 million people, I sometimes feel like being in a pretty big but Western kind of Bali. Located in the middle of the city, you will find the great Hyde Park. Over several ha you can relax and chill while watching weird Ibis birds crawling around searching for some edible things.

A little further to the East, between Bondi and Paddington, is the Centennial Park. A little smaller, but this park is definitely worth a walk!

Where to go out in the afternoon? Well, an extraordinary city requires extraordinary parties. Through TimeOut Sydney, I came to a party at one of the many rooftop terraces of Surry Hills. Surry Hills is regarded as the hipster district of Sydney: stylish shops, small cafes, cheap restaurants and haute couture on the open road. The party was organized by the Quadrangle Office, an organization that organises the rental of offices in a high-rise artist-like building in Surry Hills. Around 4pm (yes!) the party on the rooftop kicked off. Above the sixth floor of the building hundreds of people bustled around small stalls from the surrounding shops, held an ice cold beer and splurged to pretty good electronic music. And all this over Sydney’s roofs. A dream. Incidentally, hipsters seem to look the same in the entire world. I felt like I was in Berlin.

And in the evening? Well, this is being tested at the weekend.