Up North with the refugees 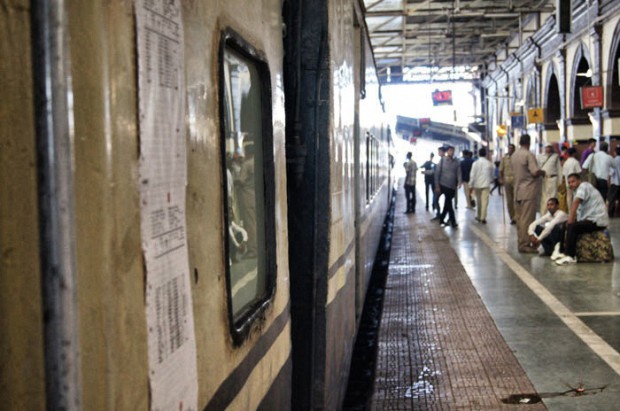 Ever been on a City Night Line from Germany to Denmark? Well, I believe I have never met so many people from random countries around the world then I have on this train.

It’s 22:30 and you enter an almost empty train station searching for the right platform of your City Night Line and here it is: a sign with a train saying ‘Warsaw & Poznan’ except for ‘Aarhus & Copenhagen’ – uum, what?

Here is the fun fact: the train is divided into two parts: one going to Poland via Berlin and the other heading to Denmark via Hamburg. Well, the mix of people on the train is more than obvious.

I entered the City Night Line (Danish part) and been searching for my seat. Well, I ended up sharing a cabin with an Eritrean couple. The guy has been living in Italy for 5 years and now got his girlfriend from Eritrea. Both were planning to start a life in Denmark where his sister lives. What do you expect from Eritrean immigrants who more or less just entered Europe? Timidity, poverty and no English skills? Wrong! The guy quickly started talking to me explaining why he is going to Denmark on a City Night Line. After having been spoiled with plenty of food (yes, from Eritreans) the talk went on to what is actually going on in the countries of Eritrea and Ethiopia. Well, the media outline images of conflict and great discrepancies between the border of Eritrea and Ethiopia. My new friend from the City Night Line, a university graduate with Blackberry and notebook, thinks this is not true. People ‘are cool with each other’, there are no conflicts. Aha.

Also, my new friend believed to truly see that I am German and not Belgium, as anticipated by a fellow Somalian travellers. For him, Belgium’s people (no offense) have much bigger noses than Germans. So this goes far beyond stereotypes of Germans or Belgian people. I always wondered how we, Europeans, actually look to African people. Well: apparently Belgian people have bigger noses and a different skin colour, whereas Germans have small noses.

And then the fun guy came: Somalian guy with Norwegian passport carrying a big German Faxe beer in his hand entering the cabin of City Night Line. And he truly was a somebody. Happily and satisfied he showed around his newly achieved Norwegian passport while burping from Faxe beer and explaining to me how he cannot be drunk as he has two kids and, according to him, “If I drink I talk and if I talk I drink”.

Surprisingly people on the City Night Line actually knew each other. As a guy from Bangladesh passed our cabin, my new Eritrean friend started talking to him in Italian. Fluent Italian.

During the night on the City Night Line we got interrupted twice through police controls and this is when I noticed the serious situation on that train. People were actually escaping from their countries hoping for a better life in Denmark. And here is the confusion caused by the Eritrean couple in my cabin: the guy lived in Italy for four years already and carried an Italian passport and an Italian certificate of marriage to his Eritrean wife. They married in 2012. His wife, however, only held an Ethiopian refugee pass and a permission to stay in Denmark for one year. However, the guy kept underlining that they only want to stay in Copenhagen for a few days, since his sister would like to see his wife. Why would you then have a permission to stay for one year? Also, how can you carry an Ethiopian refugee pass as Eritrean? As confused as I was were the police officers which ended in 30 minutes of pure discussion and random phone calls to every single embassy and institution in Germany, Eritrea and Ethiopia as well as in Italy. At this point I started feeling heavily sorry for them and started to realise in which situation they are actually in. They both escaped from their home countries searching for a better life and ended up being inspected by German police officers at 4 o’clock in the morning in a city that they have never heard about. Indeed, these inspections are a must but they are cruel and let these refugees feel like they are worth nothing. They carry documents, whether they are correct or false, plan their trips and just want to go away from a poor country where they once lived in between conflict and political unrest. I wish I could have helped him. Instead ‘Welcome to Germany’ was the only thing that came out of my mouth. At least I made them smile.

My Eritrean friends made it. Although both German police officers felt that something must be wrong, they let them be on the train, whether it was because they could not find an evidence of any mistakes, whether it was because of the time (4 in the morning, how bad) or whether they were too lazy in the end to check the rest. The couple made it.

At around 6 I was woken up by a dog sniffling for drugs in our cabin and a loud shouting by Danish police men: ‘PASSPORT PLEASE!’. And then I just found myself hoping for the Eritrean couple not ending up in the same mess again. They were fine. Apparently it is the great German way of bureaucracy that fosters the document check ups, even at 4 in the morning.

I will probably never find out why the couple went to Denmark on a City Night Line, where they were actually coming from and what they want to do in Denmark. But I certainly know that I feel absolutely sorry for them sitting on that train, undergoing check ups in the middle of nowhere and hoping for two police officers allowing them to start a new life. Also, whether the Somalian guy with his Faxe beer is a real Norwegian – who knows? How can a Bangladeshi guy be fluent in Italian? And why do they all want to go to Denmark? We will never find out. Never. But, it’s been the most international train ride I ever had going from Germany to another European country, also the most controversial one with Eritrean people offering food to me, giving me the bigger chair and a Somalian guy telling me how poor my English is.

2
Farewell – Farebad? – On the journey to nowhere.
The pursuit of having to stay at a random airport for more than a smoke